I was a practising solicitor for several decades and at various times worked in most of the basic areas covered by general practice in England (crime, family, employment, civil litigation, wills, probate and property). I ran a small solicitor’s practice from my home near Colchester until 2020. I’m a member of several writers’ groups in Essex and Suffolk, and also a member of Dedham Players. Some of my earlier novels were originally published under the pen name of Julie Langham.

My love of reading led to writing informally on and off during the 1990s and 2000s but I thought the ‘day job’ didn’t allow time for me to write more seriously. In about 2013 I made a firm decision to find the time and started work on a romantic/crime novel set in a solicitors’ practice, ‘Internment’. This turned into 5 novels in the same series, Colchester Law World charting the lives of different characters over about 10 years.

‘As The Clock Struck Ten’ followed, a novel involving a family’s difficulties about sexual boundaries whose lives take an unpleasant turn when a character decides to upset everything.

The next novel, ‘The Unreliable Placebo‘ is purely humorous and doesn’t involve crime. Instead it documents the path of a separated woman trying to sort out her life.

My most recent novel is ‘Class of ’97’, a mystery with several powerful themes: obsession, nature –v- nurture, the human condition and how past events can spectacularly affect the present. I can guarantee that you won’t be able to predict the outcome of the past events or the ultimate position in which the main characters are left.

‘As The Clock Struck Ten‘, ‘The Unreliable Placebo‘ and ‘Class of ’97’ are now available as paperbacks. They can be obtained from the Amazon website.

And now I’m going back to a series. I’m working on a cosy crime series featuring a Detective Inspector, Roz Benedict, who, after leaving the force, starts a detective agency with her friend and neighbour, Kate. While still a DI, Roz struggles in ‘Compromised’ with her attraction to a solicitor acquaintance from two decades ago who has secrets she’s afraid to acknowledge, after the murder of a Romanian girl.

‘Cut Off’ finds Roz taking a winter break in a commune isolated by a snowstorm lasting a week during which Roz has to solve an old murder and a new attempted murder is threatened.

In ‘Conflicts of Little Avail’ Roz inherits an ancient cottage which turns out to have a chequered history, and comes into conflict with the security services by whom dirty tricks are utilised to score an advantage.

Still unable to quell her investigative instincts, Roz convinces herself in ‘Conjecture Most Macabre’ that a neighbour has murdered his wife and disposed of her body in a gruesome fashion. She is compelled to ferret away for the truth regardless of the consequences and, at the end of it, Roz and her neighbour Kate form the detective agency, Cops & Roz’s.

‘Le Frottage’ is an intricate tale involving orthodox religion and false identities when Cops & Roz’s are asked to investigate the so-called Kinky Linky, a shadowy figure committing frotteuristic acts on girls in Lincoln, pressing against them in public places. The incredible truth winkled out by Roz is sad in the extreme.

‘Confounded’ finds Roz and Kate asked to investigate after a high-value house has been sold in an apparent property fraud. Their less than co-operative client, Connie Everitt, has them running in circles. Roz and Kate are at their wit’s until Roz approaches an old adversary. The truth is most unpalatable.

Other novels in the Roz Benedict series will follow as Cops & Roz’s take on cases regardless of their obvious difficulties.

I don’t like the pigeon-holing and restrictions of genres. Good writing can be in any genre. A sci-fi novel already started is a possibility once the main first six novels in the Roz Benedict series have been published.

I live in North Essex and have two grown up sons. The writers’ group Write Now! based near Bury St. Edmunds has proved so helpful over the years in getting me to the point where I can accept myself as an author, and not just someone who scribbles secretly in their spare time under cover of darkness. Being a solicitor has proved useful in coming up with ideas and backgrounds, but the main source of my work is the imagination, a place which knows no bounds and offers endless unexpected scenes, characters and settings. There’s no other place in the Universe like it! 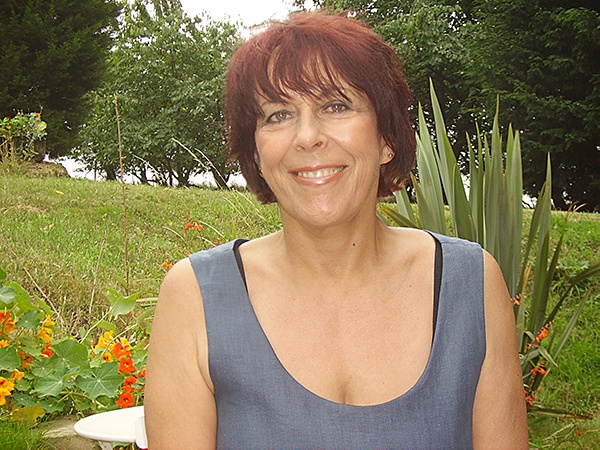 ‘I was not expecting the twists it took in the storyline. A pleasant surprise in a read that kept me engaged in the story. And then- an ending that took another curve that caught me off guard also. A great read I would certainly recommend.’